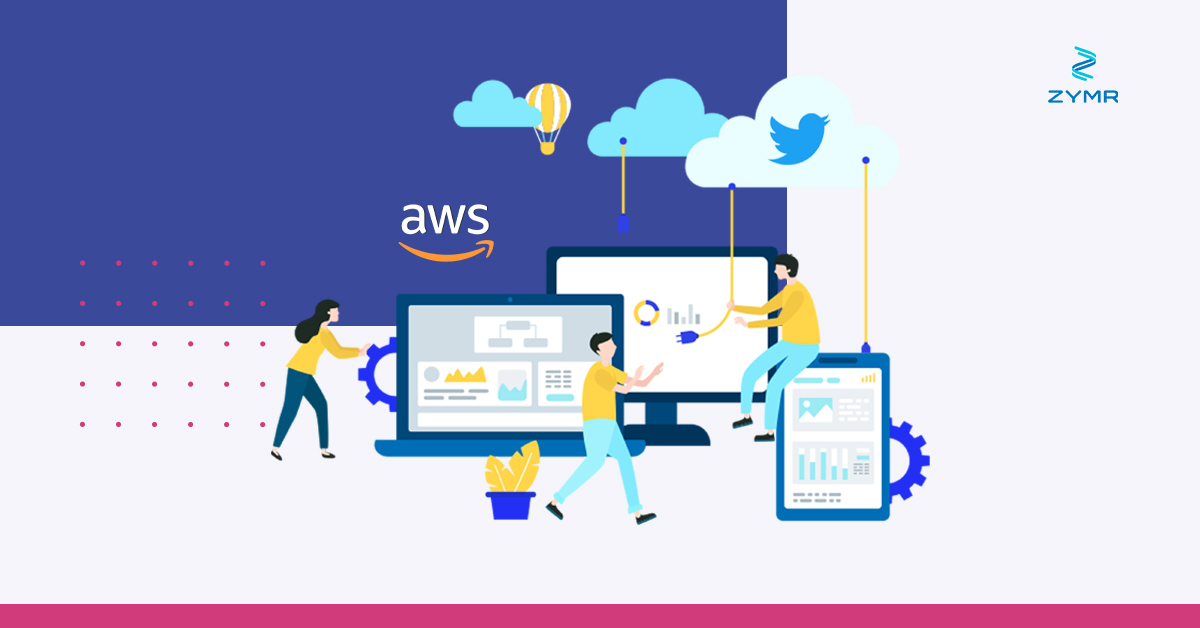 “Twitter has partnered with one of the biggest cloud behemoths Amazon Web Services (AWS) to power its user feeds, meet scalability needs, and deliver exquisite user experiences.”Recently, the social media titan Twitter joined other corporate titans in taping public cloud providers like AWS cloud to manage its data-heavy timelines and real-time service delivery. Organizations that would want to embrace digitalization prefer to turn to the public cloud to surpass their dependency on internal data centers to manage heaps of data.Millions of users across the globe took to Twitter every day to talk about what’s happening. Undoubtedly, Twitter is already at the top of its game, and this partnership with AWS would only take that momentum up a notch. The micro-blogging giant will use AWS’s proven infrastructure and portfolio of services to manage millions of tweets that seamlessly transpire every day. The goal is to inject unbridled scalability into its service in 2021. The social media giant can rapidly grow in the areas where it doesn’t have data centers.Bloomberg noted that this multi-year deal with AWS would speed Twitter’s service in a few parts of the world. It is worth noting that it also has its own data centers and has a relationship with GCP. AWS’s cutting-edge capabilities in compute, containers, database, storage, security, and content delivery services would benefit Twitter in managing real-time services, overcome latency issues and facilitate the distribution of images, videos, and ad content.Twitter strongly believes that AWS is capable of improving its products’ performances. In this partnership, AWS and Twitter will develop an architecture set beyond Twitter’s on-premises infrastructure. The plan is to run and scale the real-time service globally, boost reliability through AWS’s fault-tolerant infrastructure, and put the latest features into production as quickly as possible. “We are excited to work with AWS to expand the infrastructure Twitter uses to serve the public conversation as we grow globally,” said Parag Agrawal, CTO, Twitter. “The collaboration with AWS will improve performance for people who use Twitter by enabling us to serve Tweets from data centers closer to our customers at the same time as we leverage the Arm-based architecture of AWS Graviton2 instances.” “In addition to helping us scale our infrastructure, this work with AWS enables us to ship features faster as we apply AWS’s diverse and growing portfolio of services,” stated the Amazon news release.Twitter will benefit from AWS Graviton2-based instances on Amazon Elastic Compute Cloud (Amazon EC2). AWS container services can help Twitter develop and deploy the latest features and apps across its hybrid infrastructure. Meanwhile, it will continue to use AWS services like Amazon CloudFront and Amazon DynamoDB.AWS Graviton2-based instances on Amazon EC2 will power its cloud-based workloads. Amazon CloudFront is AWS’s fast content delivery network service that safely delivers data, videos, apps, and APIs with low latency and robust transfer speeds worldwide. Amazon DynamoDB is AWS’s key-value database that provides single-digit millisecond performance with unmatched scalability.The Amazon news release further stated, “Twitter’s decision to rely on AWS infrastructure and services for its real-time workloads will help them instantly scale their global footprint up and down without ever compromising the experience for people who use Twitter,” said Matt Garman, Vice President, Sales, and Marketing at AWS, Inc.“By using AWS container services to create a seamless hybrid on-premises and cloud environment, Twitter can innovate and deliver new experiences quickly and cost-effectively.”Twitter joining the league of codifying with AWS is a big win for Amazon cloud. However, it is not the only internet giant that has turned to a public cloud to realize its digital transformation goals. Netflix, Pinterest, Uber, Adobe, and Spotify have relied heavily on AWS, Azure, and GCP to bolster critical infrastructure. We are going to witness an insane amount of partnerships, launches, and tech trends in 2021. The business landscape needs to buckle up to embark on new journeys!

Power, Potential, And Possibilities - Zymr Can Gear Your Business Up For Cloudifying With AWS

Innovate continuously and get to market faster with a catalog of reusable micro apps and a rich AWS portfolio. Zymr, as an AWS premier consulting partner, can help you implement a highly reliable, scalable, and cost-efficient infrastructure on the AWS platform.