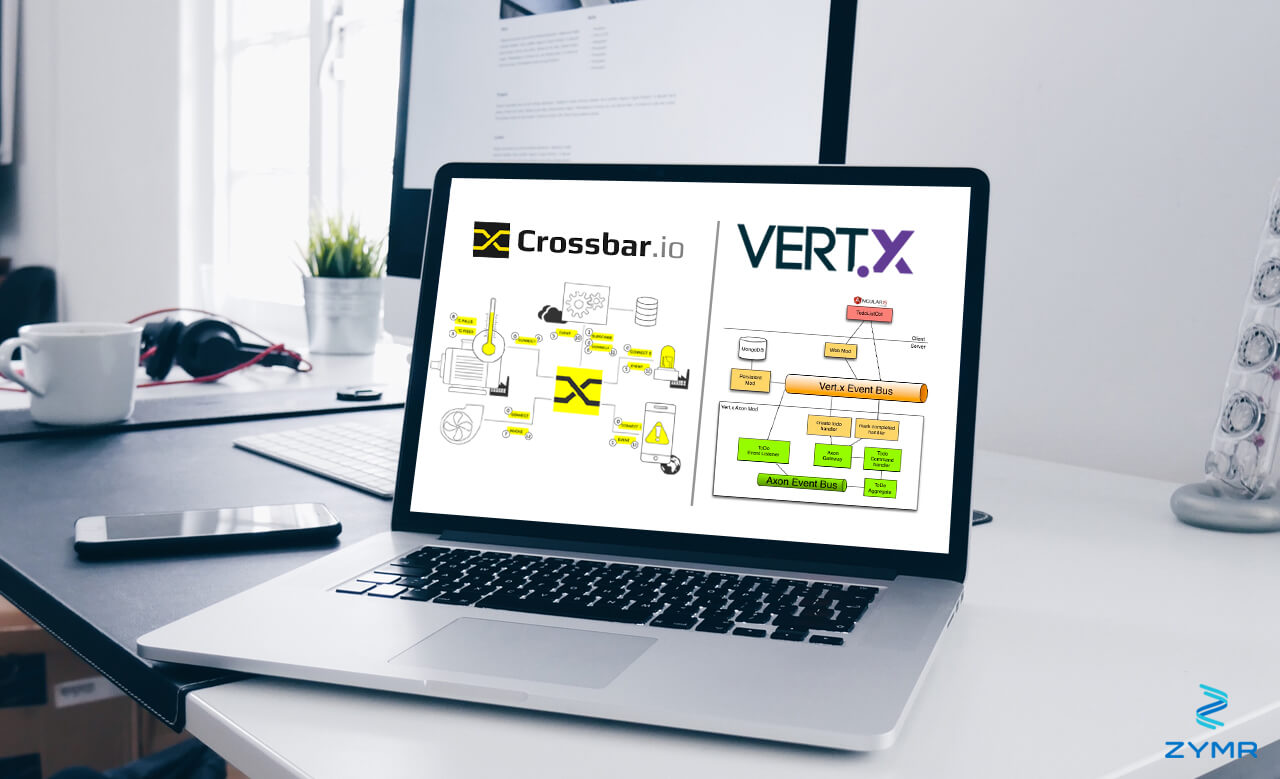 In the world of complex server applications, numerous next-gen server apps are providing unique features to enhance one’s ability to implement a variety of application components. Vert.x introduces a compelling design that offers users a multitude of ways to freely design reactive applications. Crossbar.io utilizes Web Application Messaging Protocol (WAMP) within an application router system to yield application component distribution to a diverse set of systems.Crossbar.ioThe implementation of WAMP in Crossbar.io introduces a wider range of applicable usage. The fact that a WAMP client grants transparent conversation between one another brings a real-time message exchange to the forefront of servers. Crossbar.io does not directly tie into Python – though it does implement it within Python.WAMP can essentially be spoken in nearly any language. In comparison to other protocols, the formula behind Crossbar.io does not incorporate any complicated binary data. Rather, the conventional vanilla websocket allows direct access to all common web browsers (i.e. Safari, Chrome, Opera, etc.). What makes Crossbar.io truly stand out from the crowd is its unlimited browser use. Albeit some may deem it as a standardized data transmission system, the in-depth libraries allow use within C++, Python, NodeJS server codes, and even in Android apps.Crossbar.io believes in its strength to transmit arbitrary data in real time in a fairly easy fashion – both transparently and directly. It minimizes difficulties and provides users a capacity far beyond the reach of other applications. Crossbar.io brings versatility to the table by allowing Python to interact with other components such as MeteorJs without a complicated setup process.Vert.xVert.x allows developers to essentially play in a general-purpose toolbox. The flexibility of the platform revolves around conforming to characteristics in order to make it easily accessible for today’s applications. Creating modular code bases through a framework such as Vert.x allows for a developmental workflow that is both rapid and fun without having to restart the application or placing builds on hold.The core concept of Vert.x revolves around a modular system that removes the restrictive tradition application barriers. Today’s applications need a compelling and scalable platform that can operate under any language. The creation of apps is done through a modular system while maintaining a lightweight core (around 650kB in size). Whether developers are interested in performing simple network maintenance on utilities or diving into the complexities of modern web applications, Vert.x handles the aforementioned components without neglecting performance and ease of use.The creators of Vert.x essentially provide the tools and building blocks that one needs to create the app that designers want without any excess baggage. Distancing itself from a restrictive framework, the deployable system does not need minimal hardware to scale applications. Vert.x supports TCP, HTTP, file system access, and a variety of other features accessible for developers. Data stores from applications can be accessed through Vert.x’s client database.Furthermore, communication between distributed apps and microservices are simplified through seamless app scaling. For every language, Vert.x allows developers the capabilities of handling APIs for every language includingJavaScript, Ruby, Ceylon, and Java.