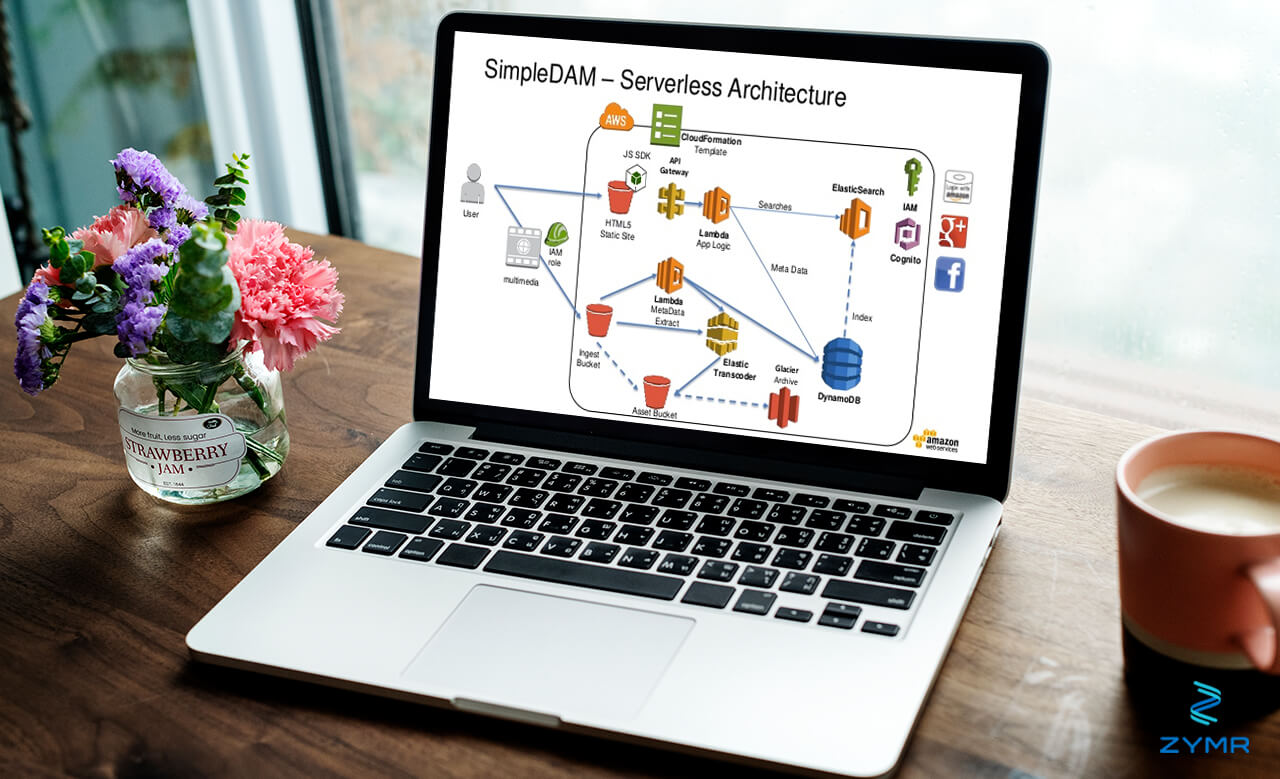 In the layman terms, Serverless Architecture is what a company uses to streamline its IT mechanisms, being provided by a vendor company. Though the serverless architecture does have the servers, it’s just that the company is not managing them anymore, unlike traditional servers. It is also known as Serverless Computing or Cloud Computing.

The major role of a server is to store, retrieve or manage the data. It aims at sharing the information faster and in a safer way, along with that it helps in backups and also prevents against the loss of data.

Traditionally, physical servers were prevailing, where with just a single core server, multiple physical devices were connected with the main database system. The server actually works as a connecting link between those devices and the database.

Though the older concept was very simplistic but has many disadvantages associated with it, which has ultimately enlightened us towards the path of serverless architecture:

Every company is concerned about minimizing its cost, the physical servers have accelerated the capital expenditure as well as operational costs to the companies.

“As per a survey, the failure rate is very high in case of a physical server, which indicates huge monetary losses too.”

Factors like flexibility, swiftness, and agility were overlooked in the traditional server system, but they have become the need of an hour today.

“ As data storage requirements are increasing with a pace of around 40% a year, flexibility is utmost required”.

As there is always an uncertainty attached with the “exact requirement on capacity”. In the case of the traditional servers, optimum or full utilization was never the case. Unutilized or excess capacity had always been an issue. Hence, scalability was a major issue and cause of concern. “Almost there are 10 million comatose servers present across the globe, around 30% of servers are unused worldwide”.

“As per Markets and Markets report, the serverless market will augment from a $1.88 billion market in 2016 to $7.72 billion by 2021 i.e. 411 % growth rate”. The serverless framework indeed is pacing up with great momentum.

There are three notable and key benefits of implementing the Serverless Architecture:Helps in controlling and lowering costs:

With the advent of serverless architecture, the IT industry is brimming with myriad benefits. The biggest benefit is the reduction in capital and operational costs. If a company has an in-house server, it always needs to incur the cost for its maintenance. Sometimes they also don't use it to the fullest or they need more capacity than they already have. In all such scenarios, resources are unnecessarily getting wasted. This drawback is overcome by serverless architecture, scalability is now indeed possible. You need to pay for those services which you are availing from the vendor, also you are using the server when it is required. If implemented effectively, this architecture can reduce the costs by almost 70%.

“As per the stats, the app development cost is generally in six-figure, but 90% of paid apps earn even less than $1,250 a day”.

Boosts the efficiency and effectiveness in the working mechanisms:

As it is rightly said that “Focus on the application, not on infrastructure”. Earlier the focus was entirely on infrastructure intertwined among hardware, software, servers, physical components etc. But with this architecture, the focus has tilted just towards the “management part”. Just like cloud computing, where client companies pay to the vendors for their cloud services, the scenario is the same. You can get expertized solutions and services without exhausting and engrossing yourself into the infrastructural hassles.

Saves a lot of time and provides expertized assistance to the companies:

This advantage is in line with the above-mentioned ones. Developers can finish an app in hours with serverless architecture, earlier it was the matter of weeks or months. The developers can focus and concentrate solely on “application and coding”. They are concerned only about what matters the most for their applications. With faster responses and workflow, the platform performance also enhances.

Apart from the above three, other benefits from different perspectives are:

From a company perspective:

From a developer perspective:

From a customer/user perspective:

The end users have never bothered about the infrastructure (background), they are just keen on knowing the features and services (foreground):

Netflix is considered as a pioneer in leveraging serverless architecture and uses AWS Lambda for the same. It has completely moved to the cloud platform. It has provided around 7 billion hours of video to almost 60 million customers worldwide. Today, Netflix is indeed ruling the streaming videos market. The ultimate goal for moving to cloud platform was to ensure utmost flexibility and easier scalability in its working operations.

It has used Serverless Architecture through:

A newly emerged technology, in which the users get a full-fledged platform where they can run, manage and develop an application. Developers need not to worry about maintenance and infrastructure management. Here, servers work in the backdrop.

Major FaaS providers are AWS Lambda, Google Cloud, Microsoft Azure, IBM/Apache’s Open Whisk and Oracle Cloud. AWS has pioneered in FaaS with its release of AWS Lambda in the year 2014.

Through BaaS, web and mobile app developers connect their applications to the backend cloud storage. It also provides features like database management, user authentication, push notifications, social networking integration, remote updating, hosting, as each of them possesses different APIs, BaaS integrates them in a smarter way and thereby saves the time of developer by providing them a one-stop solution. Only 20% of tasks are external which the developers do, whereas 80% conducted at the backend will be taken care of by the vendor. BaaS is majorly targeted at developers. Major BaaS platforms are Black4app, Parse, Firebase, Kinvey, and Appcelerator.

Serverless Architecture is like a synonym to Cloud Computing. You can consult Zymr Inc. for your full stack requirements on Cloud Related Services. We have a trained team of domain experts working in various categories of Cloud Services like Cloud Application, Cloud Mobility, Cloud Orchestration, Cloud Infrastructure, and Cloud Security. Zymr has also been recognized as a top Cloud Consulting firm by Clutch.com.

Get in touch with our team of experts today!