Scrum at Scale: A Reflection 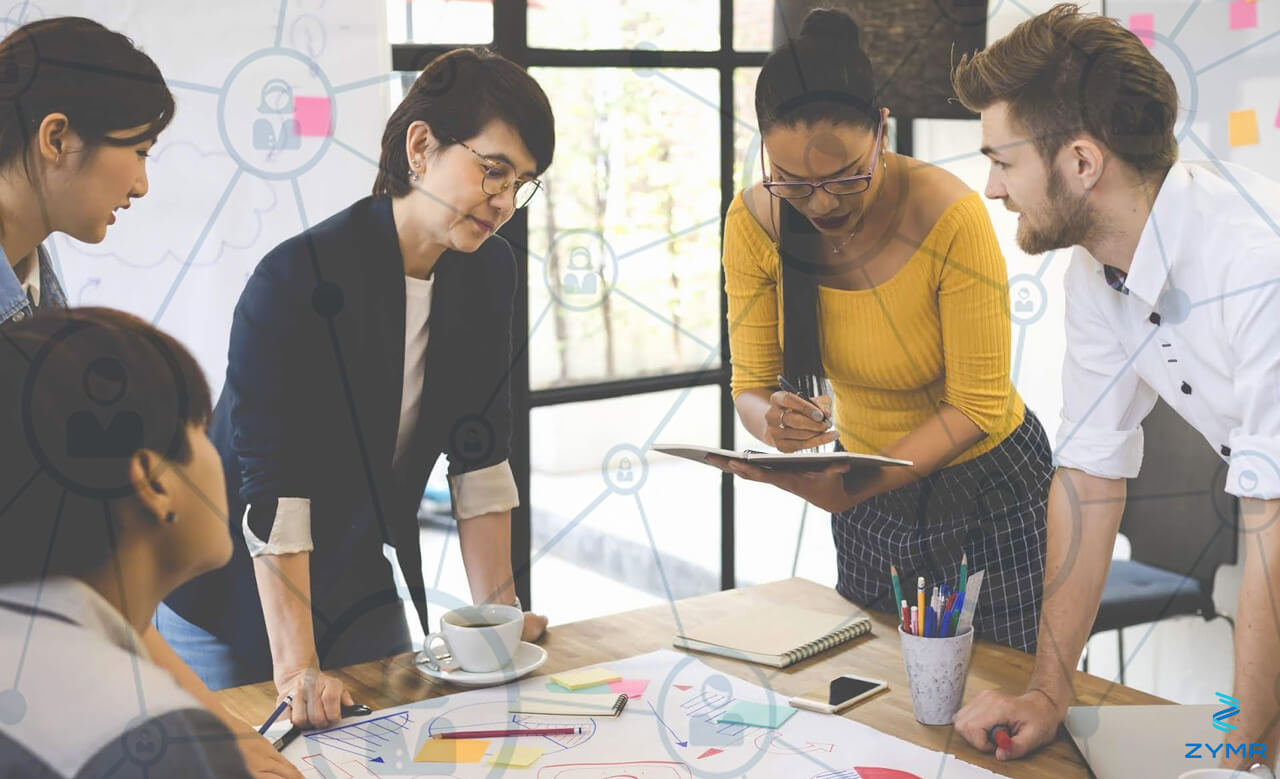 As you practice scrum in everyday software development projects, it is natural to wonder how greater efficiency can be achieved in a much larger context, across the enterprise. Although I have been following Large Scale Scrum by Craig Larman and Bas Vodde and Scaling Scrum with Nexus, it was not until I attended a recent Meetup, Scrum at Scale: The Path to Agile, featuring Jeff Sutherland, that it all came together in my mind. This write-up is to put words into this realization.

The concept of Shu-Ha-Ri, from Japanese martial arts, is that every master of a faculty goes through 3 states: The Shu state, where a discipline established by forebearers is faithfully followed; the Ha state, in which certain refinements are made in the Shu practice, allowing for innovations; finally, in the Ri state, the master emerges. 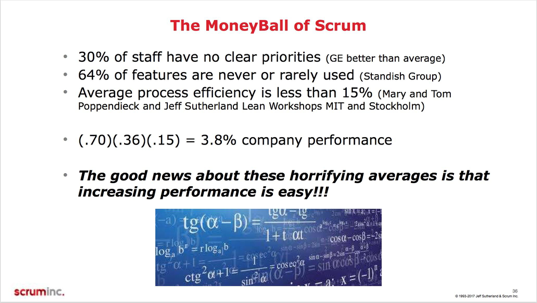 The Shu-Ha-Ri Concept, Applied to Scrum

Sutherland sees the play of Shu-Ha-Ri in scrum-land. And he notes, quite forcefully, that the problems in scaling lie largely in non-mastery of the Shu state. Consider slide #36 from his keynote talk on Scrum Day 2017 in Stuttgart, The Shu Ha Ri of Scaling: Many scrum teams do not have a good product backlog; if there is a backlog, many backlog items are not prioritized right and, finally, the process efficiency that determines how long it takes for a story after the implementation is completed, to when it achieves ‘Done’. (In Jira, the control chart provides this information).

To add to this difficulty, the Shu state is further complicated frequently by the top management of a company not having an Agile mindset, as illustrated in slide #41 of the same deck. 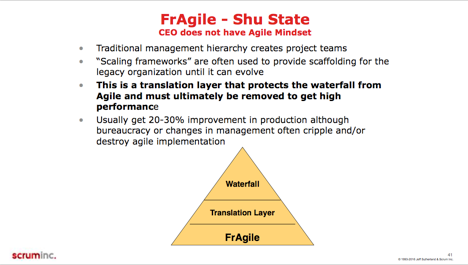 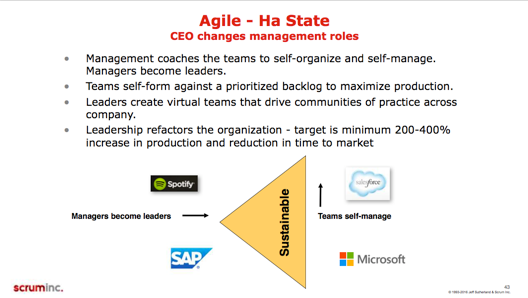 The Ha state is achieved when the enterprise is able to act in unison as scrum team(s) at various levels suitable to the enterprise. 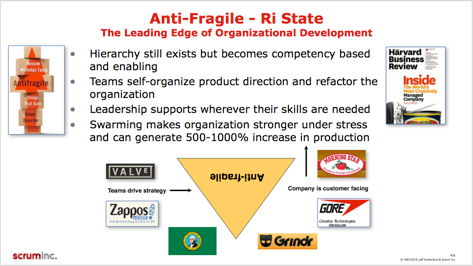 In the Ri state, the entire organization hums along with teams at various levels having good self-organizing property, and leadership is now able to work as well in supporting roles as it can in leadership roles. A sort of an enterprise-level Agile nirvana.

Scaling as a Fractal Property 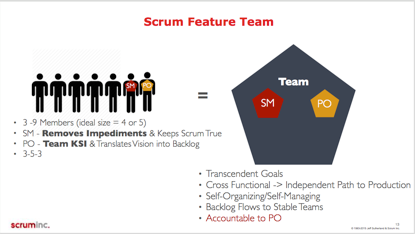 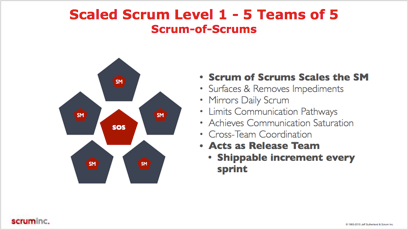 In mathematics, fractals are a concept used to study a larger structure formed with self-similar structures. Sutherland proposes scaling by a recursive application of a scrum feature team as a foundation. (This is quite similar to that scaling proposals by Large-Scale Scrum Framework and by Nexus framework; however, exploiting the scrum concept in a fractal manner appears to be the key differentiator in the Sutherland proposal). 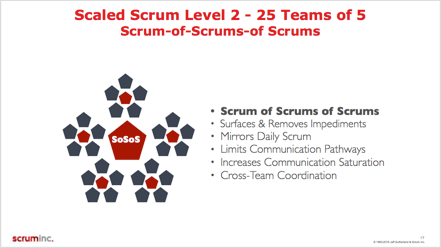 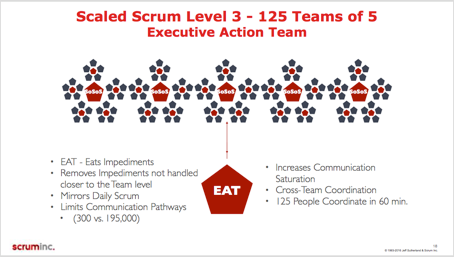 The pictures in this section, taken from Sutherland’s talk, illustrate the progressive application of the scrum concept to larger and larger scale.
Concluding Remarks
The propagation of the scrum concept to achieve scaling across the enterprise as advocated by Sutherland, Scrum @ Scale, appears to be an easy-to-understand method of deriving the scalable properties in an Agile enterprise. (Needless to say, this is a conclusion solely of the author, and not necessarily of the organization the author is affiliated with).