Monolithic vs Microservices: Which Architecture You Should Follow and Why? 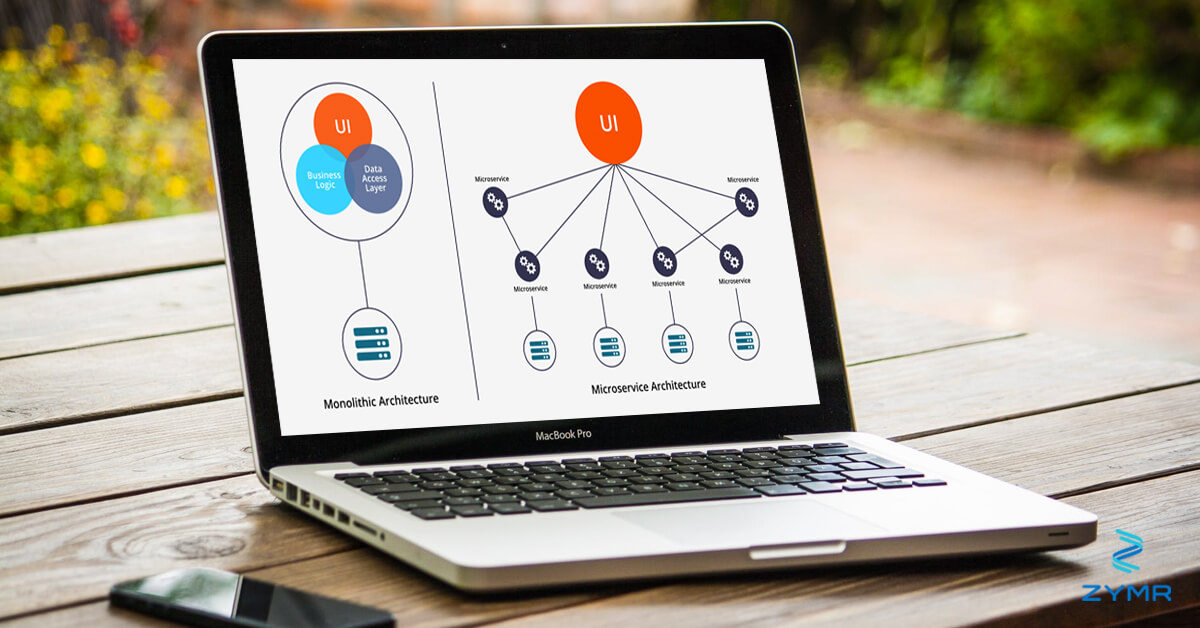 IT industry is brimming with a lot of new technological revolution lately. Every day we come to know about one or the other innovation of IT. If we talk about software, it is like a backbone to the IT domain without whose presence nothing can be done.

In this blog, we will be focusing on the two architectural styles for software development, but first let’s try to understand how software is being developed, as it is not just a one-shot affair. It is developed in many phases and knowing this first will eventually help us in understanding the architecture in a better way.

Monolithic and Microservices are two architectural styles. It is indeed tough to decide between monolithic and microservices because both have their own characteristics as well as their pros and cons.

Let’s try to understand these two architectures with an example:

In the Monolithic architecture, we have three components namely UI, business logic and data access layer. All of these are interlinked to one another. So, if we want to make changes in any one of the three components all will be affected in some way or the other.

Whereas in Microservice architecture, there are different fragments of components, which are interconnected but are not interdependent on one another like Monolithic. We can easily make changes in any of the components here whenever required, without making changes in the other components.

What is Monolithic Architecture? A Traditional and Unified Model

Monolithic has a modular architecture. It has always worked well in the initial stages of the project and basically, various big and successful applications were started with the monolith architecture.

We can understand it better by looking at the characteristics and the advantages which it offers:

Also, if we want to make any kind of change in any of the components, then we have to write the entire application or do the entire coding procedure again. Here, it is not possible that we are just changing a particular component, but all the components will be affected in this underlying process. It is the biggest challenge as well as the biggest drawback of this architectural design.

Our inclination towards microservices is because of the disadvantages associated with the Monolithic Architecture:

What is Microservices Architecture?

The architecture is divided into a set of smaller, interconnected services as compared to monolithic architecture. The name itself suggests that the main service is divided into different micro-services, so it will definitely be faster in terms of processing, response and providing output. Microservices patterns help the developers as well as architects on building applications by using microservice architecture.

Let’s look at some of the benefits of Microservices:

Renowned companies which are extensively into Microservices architecture are:

However, it has some loopholes, following are the disadvantages of Microservices:

Serverless Framework: An advanced version of the microservices framework

With microservices, developers can work independently on each separate component as there are fragments of components with lesser dependability on each other. With serverless, we can also change these components faster and scale them up or down independently. A serverless microservice can be deployed in the serverless architecture. It is always a concern for every developer to think about infrastructure, servers, scaling issues, time and costs etc. With serverless architecture, all such concerns resolve to a great extent.

The serverless architecture consists of:

As now we have arrived at the conclusion part, it is not yet easy to decide upon which software architecture you should go for. Both have their respective pros and cons. However, you need to strike a balance, understand the needs and carefully analyze the procedure of software development. Through this you can find the most suitable layout for your enterprise, thereby making the entire mechanism successful. Also, serverless architecture with its unique features is gradually surpassing microservices architecture, which is also a point of consideration.